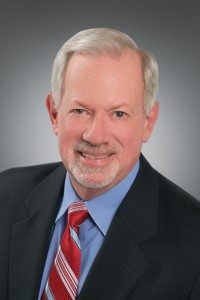 Sheppard, Brett, Stewart, Hersch, Kinsey & Hill, P.A. partners Jay A. Brett and Craig R. Hersch have been named to the Florida Super Lawyers list of top attorneys in Florida for 2016, a highly-esteemed recognition given to no more than five percent of attorneys in Florida.

Brett is shareholder in the law firm of Sheppard, Brett, Stewart, Hersch, Kinsey & Hill, P.A. who began his practice with the firm in 1973. His practice consists of estate planning, including wills, trusts, probate and trust administration; real property law, including commercial and residential tra
nsactions, title insurance and mortgage law; and business/banking law. Born in Altoona, Pennsylvania, he attended Pennsylvania State University, received his undergraduate degree in Business Administration from the University of Florida in 1970, and his Juris Doctor degree from the University of Florida in 1973. Brett has served on the 20th Judicial Circuit Judicial Nominating Commission, serving as its chair in 1992-1993. He also served on the 20th Judicial Circuit Bar Grievance Committee, serving as its chair in 1984. From 1978 to 1982, he served as a Hearing Examiner for the Lee County School Board. From 1999 until 2013, he served on the Board of Trustees of the Southwest Florida Community Foundation, Inc. and served as its chair from 2009 to 2011. He also served as a founding director of Florida Gulf Bank, and currently serves on the Lee County Advisory Board of Iberia Bank. Brett has also served as an Advisory Director for First Union National Bank of Florida, as a director of YMCA of Lee County, and for 12 years as a director of the City of Palms annual high school basketball tournament. He has received an AV rating from Martindale-Hubbell for over 25 years.

Hersch is a Florida Bar Board Certified Wills, Trusts & Estates attorney and holds his Florida CPA license. Hersch is a partner at Sheppard, Brett, Stewart, H 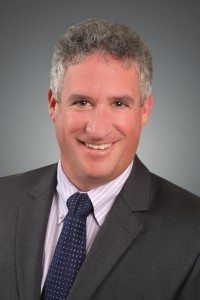 ersch, Kinsey & Hill, P.A. and has created several trademarked processes tied to his estate planning and administration practice, including The Family Estate & Legacy Program™ and The Estate Settlement Program™. He is the author of two books, Common Cents Estate Planning and Legal Matters When a Loved One Dies, and is working on two additional books that are anticipated for publication in 2016. His work has appeared in several professional journals, including The Practical Tax Lawyer, Trusts & Estates Magazine, and The Florida Bar Journal. Hersch also writes a weekly estate planning column that is published in Sanibel’s Island Sun newspaper and on his firm’s blog at www.sbshlaw.com/blog. Hersch is a multiple graduate of the University of Florida with accounting and law degrees and has provided his expertise as a continuing education lecturer for The Florida Bar and the Florida Institute of Certified Public Accountants. Hersch holds an AV Martindale-Hubbell rating, the highest attainable by the independent national attorney rating service, has been selected as a Worth 100 Top Attorney and has been named to the 2015 Super Lawyers list.

The selections for Super Lawyers are made by the research team at Super Lawyers, Thomson Reuters’ rating service of attorneys from all firm sizes and more than 70 practice areas who have attained a high-degree of peer recognition and professional achievement.Super Lawyers selects attorneys using a patented multi-phase selection process, combining in-house research, peer nominations and peer review.

The attorneys at Sheppard, Brett, Stewart, Hersch, Kinsey & Hill, P.A. have and will continue to take an active role in the Southwest Florida community, serving on various business boards and charitable foundations. For more information, visit www.sbshlaw.com or call 239-334-1141.