Each month, Priority Marketing highlights clients who have raised awareness through public relations. Elevated visibility through PR leads to increased sales, donations, volunteerism and buzz in the community. 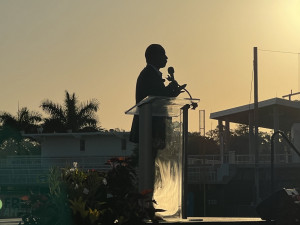 The Southwest Florida Community Prayer Breakfast is held annually on the first Thursday of May in observance of the National Day of Prayer. That’s when individuals of all faiths join in unified prayer for continued blessings on the nation. Southwest Florida has been honoring the National Day of Prayer since the Community Prayer Breakfast’s inception in 1988. This year’s event featured internationally renowned surgeon Dr. Ben Carson as keynote speaker.

For several years, Priority Marketing has been providing public relations support for the event. In 2022, the firm also provided event planning, coordination and execution. In fact, it was all hands on deck for this year’s event as more than two dozen team members provided on-site support, including speaker coordination, guest relations, food service, media relations and other duties as assigned. Priority Marketing President and Chief Creative Officer Teri Hansen, APR, even provided interviews live on WINK-TV before the event.

Here are links to some of the media coverage: 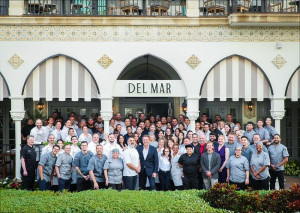 Priority Marketing is a longtime partner of another Cameron Mitchell concept, Ocean Prime, and provided public relations services to create buzz and anticipation for Del Mar Naples, introducing a new culinary concept to this market. The firm used the following tactics to generate awareness:

The word is out – Del Mar Naples is the hottest new dining concept in Southwest Florida. Food and dining writers have offered glowing reviews since the restaurant opened, including:

Do you need public relations services to enhance your brand? Please give us a call today at 239-267-2638 or send an email to letstalk@prioritymarketing.com.