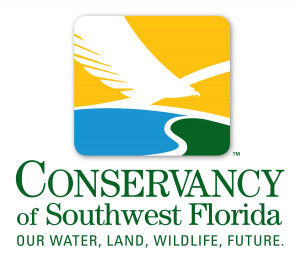 The American Advertising Federation has again honored the Conservancy of Southwest Florida for its creative excellence in advertising and marketing for both print and digital campaigns.

The Conservancy received seven ADDY Awards through AdFed’s Southwest Florida region, which covers agencies, organizations and businesses in Lee, Collier, Charlotte, Hendry and Glades counties. The ADDY Awards are the industry’s largest and most representative competition, and winners exemplify the creative spirit of excellence in the art of advertising.

The Conservancy’s print announcement for their annual fundraising event, Magic Under the Mangroves, received the highest honor of the night, the Myra Janco Daniels Best of Show Award. Recognized for its bold colors and floral design, the 2021 Magic Invitation also received a Gold ADDY. The virtual event’s theme and invitation was inspired by American bestselling author Kristin Hannah’s novel, “The Magic Hour,” in which she writes about a magical moment in time when the world emits an impossibly beautiful glow.

A second Gold ADDY was awarded to the Conservancy’s Webisode Series: “Observe Your World,” for creative excellence in the category Film, Video, and Sound. The webisode featured environmental educational videos developed for local school districts that were paired with lesson plans for virtual teaching.

Additional Silver ADDY Awards earned by the Conservancy’s team include:

“Our team is dedicated to protecting local water, land and wildlife by finding creative solutions that increase our impact within Southwest Florida through community outreach and wildlife education,” said Rob Moher, president and CEO of the Conservancy. “We feel honored to be recognized again for our continuous efforts that inspire residents and future generations to take positive action to protect the region’s unique natural environment.”