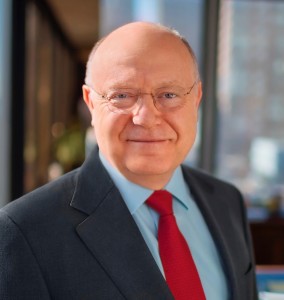 Ian Read, former CEO and chairman for Pfizer, will share insights and stories from his four decades with the pharmaceutical company during the Benson Blackburn NextGen Speaker Series event on Feb. 28 in Naples.

Read joined Pfizer in 1978 as an operational auditor and quickly ascended through the company’s leadership team. Until 1995, Read worked in Latin America, including key appointments as chief financial officer of Pfizer Mexico and country manager of Pfizer Brazil. In 1996, Read was appointed president of Pfizer’s International Pharmaceuticals Group, which led to a series of promotions that included being named executive vice president for Europe in 2000 and corporate vice president in 2001. Additional areas of responsibility included oversight of operations in Canada, Europe, Africa, the Middle East and Latin America.

Read later became senior vice president and group president of Pfizer’s Worldwide Biopharmaceutical Businesses. He was appointed CEO in 2010, and a year later, became Pfizer’s chairman of the board. Read retired as CEO in December 2018 and as board chairman at the end of 2019.

Pfizer is a premier, innovative biopharmaceutical company that collaborates with health care providers, governments and local communities to support and expand access to reliable, affordable health care around the world.

The NextGen event begins at 8 a.m. on Friday, Feb. 28 at the main clubhouse of Grey Oaks Country Club, 2400 Grey Oaks Drive North in Naples. Tickets are $30 and available online at NextGenNaples.com.

The NextGen Speaker Series was founded by Michael Benson, CEO of Benson Blackburn, a wealth consultancy firm advising affluent families, business owners and family offices. The series has hosted 17 events and drawn more than 3,000 attendees since its inception.

Each session, Benson Blackburn nominates a focused charitable organization in honor of the featured speaker. The beneficiary of the Feb. 28 event will be the Neighborhood Health Clinic.