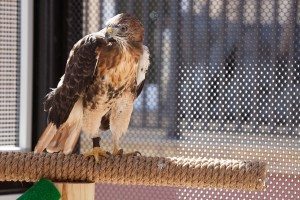 Conservancy of Southwest Florida invites the public to celebrate the Conservancy’s wildlife ambassadors as they move into their new homes in the newly expanded outdoor wildlife rehabilitation area, now open at the von Arx Wildlife Hospital. The wildlife ambassadors are former patients, now permanent residents, unable to be released due to the extent of their injuries. On Saturday, Dec. 10 from 10 a.m. to 3 p.m., the Conservancy is hosting a housewarming party to include special wildlife tours, ambassador animal encounters and light refreshments throughout the day. At 2:15 p.m., the 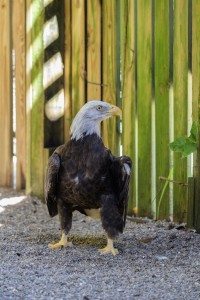 Wildlife 101 program gives guests more information on the types of injuries that are treated at the Conservancy, and how the public can help protect native wildlife. At 2:45 p.m., the new bald eagle ambassador will be introduced, and the animal’s name announced.

Guests are encouraged to make a donation or bring a gift to the housewarming party to support the von Arx Wildlife Hospital. In turn, the Conservancy will offer donors one free admission per group to the Conservancy’s 21-acre Nature Center. Admission is free to Conservancy members, $12.95 for adults, $8.95 for children ages 3-11 years old, and free for children two and younger.

For those who cannot attend or wish to do more to support the care of injured or native wildlife, an Amazon gift registry has been created, with a wish list of much-needed items to help the Conservancy staff and volunteers to care for the more than 3,500 animals treated annually. 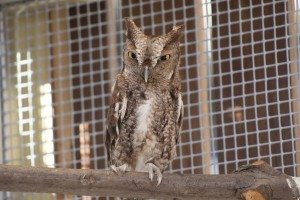 “From food bowls to garden carts to cleaning items, there are so many items that we use daily in the care of injured wildlife, and even a small gift makes a difference,” said Joanna Fitzgerald, director of the von Arx Wildlife Hospital. “The Conservancy took great care to create areas which replicate their natural environment as much as possible. As our wildlife ambassadors are getting comfortable in their new homes, we’d like to show you around. We hope you can join us!”

The Conservancy of Southwest Florida is a not-for-profit environmental protection organization with a 50-year history focused on the issues impacting the water, land wildlife and future of Collier, Lee, Charlotte, Hendry and Glades counties. The Conservancy accomplishes this mission through the combined efforts of its experts in the areas of environmental science, policy, education and wildlife rehabilitation. The Conservancy of Southwest Florida, world-class Nature Center and von Arx Wildlife Hospital are headquartered in Naples, Florida, 1495 Smith Preserve Way, south of the Naples Zoo off Goodlette-Frank Road. Learn more about the Conservancy’s work and how to support the quality of life in Southwest Florida www.conservancy.org.