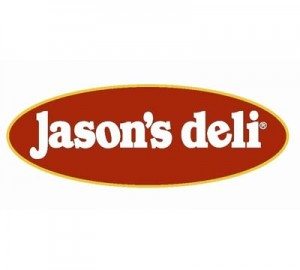 Jason’s Deli celebrates the 40th anniversary of its founding in 1976 with a month-long celebration featuring special offers and events that culminate with a Customer Appreciation Day on Wednesday, Nov. 30.

On this day only, guests at participating Jason’s Deli restaurants who purchase any adult entrée can also get one 1976 menu item at its original price. The 1976 menu items include one of eight “European-style” sandwiches served with chips or baked chips. Prices range from $1.35 for a cheese sandwich to $1.95 for a Rueben sandwich.

Additionally, in honor of its 40-year partnership, Jason’s Deli and Coca-Cola are offering a 24-ounce Limited Edition Celebration Cup for $3.99 that is good for 99-cent refills on fountain drinks and tea from now through Nov. 30. Consumers also can participate in the Text to Win Daily Sweepstakes for a chance to win instant prizes, including a $5 Jason’s Deli Gift Card or Limited Edition Vintage Anniversary T-shirt. Participants will be automatically entered for a chance to win the grand prize of a Coca-Cola Classic Cooler. Prize winners will be announced via email, mail or phone.

“We are proud of our legacy of seeing our guests and employees as extensions of our family,” said Joe Tortorice, Jr., founder of Jason’s Deli. “A key factor to our success has been our unwavering commitment to serving the same high-quality meals in our delis as we do in our homes, with ingredients you can pronounce and feel good about eating. We look forward to many more years of providing bigger choices of better food for generations to come.”

Jason’s Deli has come a long way since its humble roots, born out of a single deli that now has grown to 260 locations across 29 states. Other notable milestones include:

A family-owned deli restaurant chain, Jason’s Deli was founded in Beaumont, Texas, in 1976 by Joe Tortorice Jr. and now has 260+ locations in 29 states. In 2005, Jason’s Deli was the first major restaurant concept to ban artificial trans fats in the U.S. and later became the first to eliminate high-fructose corn syrup. At Jason’s Deli, regardless if you want gluten-sensitive menu items or vegetarian options, healthy kids’ meals, or if you would like to build your own salad at their famous salad bar, you will be delighted by the bigger choices of better food, from healthy to indulgent. Jason’s Deli locations of Southwest Florida are Fort Myers: 13550 Reflections Parkway at Cypress Lake Drive; Naples: 2700 Immokalee Road; Cape Coral: 2311 Santa Barbara Blvd.; Port Charlotte: 1100 El Jobean Road; and Sarasota: 5231 University Parkway. For information, visit JasonsDeli.com or call 985-7215.