Junior Achievement of Southwest Florida will induct Kathy Bigham, president and CEO of Bigham Jewelers, and Sen. Garrett Richter, president and director of First Florida Integrity Bank and president of TGR Financial Inc., into the 2016 Junior Achievement Business Hall of Fame, Collier County, at a dinner and awards ceremony on Wednesday, Oct. 26 with a cocktail reception at 5 p.m. and dinner at 6:30 p.m. at the Naples Grande Beach Resort in Naples.

The prestigious award recognizes outstanding entrepreneurs who serve as role models for youth through their professional accomplishments and commitment to the community. Bigham and Richter will join a distinguished group of individuals who have been inducted into the Business Hall of Fame since it was founded in 1988. For more information including sponsorship opportunities and individual tickets, www.JASWFL.org. 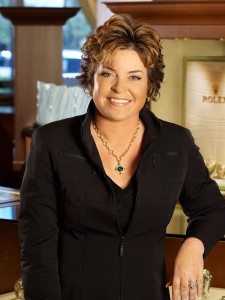 Entrepreneurship and the desire to own an independent family business shaped the direction of Bigham’s life.

Bigham prepared for business ownership through a series of early decisions that stressed focus, self-reliance and hard work.

Determined to be the first in her family to complete a college degree, Bigham paid for her Kent State University education by working the early shift in a trucking business on weekdays and selling gold jewelry from a briefcase, on the weekends. Attending classes at night and during summers, Bigham graduated, within four years, with a bachelor’s degree in Business, in 1989.

Starting out in a sales position with the former Akron Diamond Trading Company, Bigham rapidly advanced to the position of Vice-President of Store Operations. At age 27, Bigham managed the company’s existing five store locations and opened three more stores. At the end of her planned four-year tenure, she led a total of eight jewelry stores and 80 staff.

Originally from Cleveland, Ohio, Bigham started her entrepreneurial journey, in 1995, by founding Bigham Jewelers following a chance visit to Naples. Starting out in a 2,800-square-foot retail store and without a Naples support network, Bigham relied on family members to help run the thriving business. Husband, Gary, mother, Linda Kelly, brother, Dan Kelly, and sister-in-law, Bonnie Bigham, assisted with the new business that was profitable from the start. Today, four family members continue to lead the day-to-day operations of Bigham Jewelers.

After 10 years of steady growth in its early location, Bigham Jewelers built the 28,000-square-foot diamond-shaped Bigham Galleria, on U.S. 41. Immediately upon opening, in 2005, Bigham Galleria won a national award as the “Coolest Jewelry Store in America”.

Recognitions and successive multi-year awards for Bigham’s leadership in business and philanthropy include the “Family Friendly Business” designation by the Naples Alliance, the “Best of Business – Fine Jewelry” by Gulfshore Business and the Naples Daily News readers’ “People’s Gold Choice Award,” among others.

Bigham and her two teenage children reside in Naples. 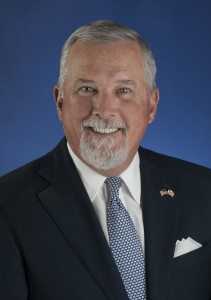 Richter has served as president and director of First Florida Integrity Bank since 2009 and as president of TGR Financial, Inc. since 2011. Prior to 2009, Richter served in the same capacity for First Florida Integrity Bank, in organization from 2007. Richter currently serves in the Florida State Senate as the Senate President Pro Tempore representing portions of Collier and Lee counties. He will complete his final term as senator in November 2016.

Prior to his public service, Richter was a founder and former president and CEO of First National Bank of Florida, which was acquired in 2005 by Fifth Third Bancorp. Richter began his banking career in 1969 with Mellon Bank.

In 2016, Richter was named Florida Bankers Association’s Banker of the Year for demonstrating his commitment to the banking industry and service to his community. He is a founding trustee of the Quest for Success program that focuses on improving the life of a child through education. Additionally, Richter is a board member of the Greater Naples Chamber of Commerce, and a past director of the Collier County Education Foundation and the Economic Development Council of Collier County. He is an alumni and past Board of Regents member for Leadership Florida and past chairman of Leadership Collier. Richter served with the 75th Ranger Company in Vietnam, where in 1971 he was awarded a Bronze Star and the Vietnam Cross of Gallantry and Combat Infantry Badge.   Richter is a graduate of the University of Pittsburgh and the Graduate School of Banking at Madison, Wisconsin. He previously lectured at Louisiana State University Graduate School of Banking and the Florida School of Banking at the University of Florida.

Richter and his wife of 41 years, Diana, have three grown children and five grandchildren.

Junior Achievement is the world’s largest organization dedicated to giving young people the knowledge and skills they need to own their economic success, plan for their future, and make smart academic and economic choices. JA of Southwest Florida programs are delivered to students in Collier, Lee and Charlotte counties by corporate and community volunteers, and provide relevant, hands-on experiences that give students from kindergarten through high school knowledge and skills in financial literacy, work readiness and entrepreneurship. Today, JA reaches more than 4.6 million students per year in 113 markets across the United States, with an additional 5.6 million students served by operations in 118 other countries worldwide. Junior Achievement USA is a member of JA Worldwide. Visit www.JA.org for more information. For more information about JA of Southwest Florida visit www.JASWFL.org, call 239-225-2590 or info@jaswfl.org.