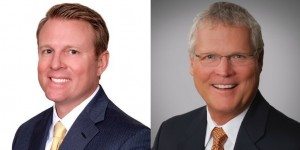 Junior Achievement of Southwest Florida will induct Pason Gaddis, co-founder and CEO of Florida Media Group, LLC, and Gary Griffin, P.E., president and CEO of B & I Contractors, Inc., into the 2018 Business Hall of Fame, Lee County during a dinner and awards ceremony on Wednesday, April 25 with a cocktail reception at 5 p.m. and dinner at 6:30 p.m. at the Hyatt Regency Coconut Point Resort & Spa in Bonita Springs.

The prestigious award recognizes outstanding entrepreneurs who serve as role models for youth through their professional accomplishments and commitment to the community. Gaddis and Griffin will join a distinguished group of individuals who have been inducted into the Business Hall of Fame since it was founded in 1999. To learn more about the upcoming event, or for information on sponsorship opportunities and individual tickets, visit the events page at www.JASWFL.org.

Gaddis is the co-founder and CEO of Florida Media Group, LLC, a multi-media company with publishing, direct mail and digital applications. Through his leadership, Gaddis’ main portfolio holding, Florida Weekly, has grown from one to eight markets throughout Florida, increasing both revenue and print circulation by nearly 40 percent each year to the present, despite a declining print media economy. Staying at the forefront of the latest industry trends, Florida Weekly was also one of the first newspapers in the state to adapt tablet and mobile applications.

Gaddis has been named in Gulfshore Life magazine’s top 40 influential leaders from the past decade, served as chairman of the 2015 Southwest Florida Heart Ball and was awarded the 2015 Chrysalis Award for business development. His company’s editorial awards include being named the best weekly newspaper in the state for four consecutive years (2010-2013) by the Florida Press Association, and in 2014 his team’s writer, Athena Ponushis, was named Journalist of the Year in Florida by the Society of Professional Journalists.

Prior to Florida Media Group, Gaddis served in a variety of sales and management capacities with Gannett, Inc. and was advertising manager of the Iowa State Daily newspaper at his alma mater, Iowa State University, where he earned a bachelor’s degree in Business Administration and Marketing.

Gaddis resides in Fort Myers with his wife Renée and two children.

Griffin is president and CEO of B & I Contractors, Inc., a full-service mechanical, electrical, plumbing and refrigeration contractor in Fort Myers. A native of Fort Myers, Griffin earned his Bachelor of Science in Mechanical Engineering in 1986 and joined B & I as a project manager that same year. He received his Florida Professional Engineers license and became vice president of B & I in 1991, then was named president and CEO in 1995.

B & I serves all of Florida with a corporate office in Fort Myers and offices in Sarasota, Tampa and Tamarac. The company provides 24/7 HVAC and Refrigeration Service and is 100 percent employee-owned with approximately 560 employees and $94 million in revenues in 2017.

Griffin is involved in numerous community and professional organizations and is currently chair for The Foundation for Lee County Public Schools, president of Horizon Foundation and chair of Healthy Lee Steering and Executive Committees. He currently serves as a board member for the Southwest Florida Economic Development Alliance, Tri-County Apprenticeship Academy, The Chamber of Southwest Florida and United Way of Lee, Hendry and Glades and Okeechobee Counties. Previous affiliations have included Edison Pageant of Light board member and First Jobs/First Wages Committee of Southwest Florida Workforce Development board. Griffin is also a member of American Society of Heating, Refrigerating and Air-Conditioning Engineers (ASHRAE) and the U.S. Green Building Council. He served the State of Florida as Commissioner on the Florida Building Commission from 2005 through 2008 and currently serves as a member of the Mechanical Technical Advisory Committee to the Commission.

Griffin is married to his wife, Julie, and they have two children, Jordan (27) and Megan (23). He is a member of New Hope Presbyterian Church and has served as a deacon in the formative years of the church.

Junior Achievement is the world’s largest organization dedicated to giving young people the knowledge and skills they need to own their economic success, plan for their future, and make smart academic and economic choices. Junior Achievement programs are delivered by corporate and community volunteers, and provide relevant, hands-on experiences that give students from kindergarten through high school knowledge and skills in financial literacy, work readiness, and entrepreneurship. Today, JA reaches 4.8 million students per year in more than 100 markets across the United States, with an additional 5.6 million students served by operations over 100 other countries worldwide. Locally, Junior Achievement of Southwest Florida partnered with more than 280 classroom business volunteers during the 2016-2017 school year to provide more than 10,600 students with Junior Achievement programs in more than 440 classes throughout Collier, Lee and Charlotte counties. For more information on Junior Achievement of Southwest Florida, visit www.JASWFL.org. call 239-225-2590 or email info@jaswfl.org.