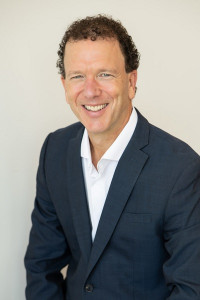 The Catholic-Jewish Dialogue of Collier County (CJD) invites the community to its annual Kristallnacht Commemorative Service at 3 p.m. on Nov. 7. The virtual event is free and open to the public.

Kristallnacht, or “Night of the Broken Glass,” recounts the attacks on Jewish communities throughout Germany on Nov. 9-10, 1938. The event memorializes the six million Jews and millions of others who were exterminated during the Holocaust as part of the “Final Solution.”

“Over 80 years later, the Holocaust still challenges our ability to comprehend man’s inhumanity to man,” said Ginny Segaloff, chair of the commemoration program.

The event’s speaker will be Rabbi Micah Greenstein, who will discuss Kristallnacht and its call to action for social justice today with “Interfaith Relations 83 Years After Kristallnacht: What Have We Really Learned?” Greenstein has served nearly three decades at the 167-year-old Temple Israel in Memphis, the largest synagogue in Tennessee and the Deep South. He serves on the board of directors of the National Civil Rights Museum and national board of the National Association for the Advancement of Colored People (NAACP). Greenstein is a Cornell University National Scholar and Harvard University Kennedy Fellow.

The CJD is affiliated with Jewish Federation of Greater Naples and the Collier County Parishes of the Diocese of Venice Florida. Its purpose is to engage Catholics and Jews in understanding history and advancing the cause of mutual understanding and appreciation of differences as well as commonalities.

The event is sponsored by CJD, the Jewish Community Relations Council of the Jewish Federation of Greater Naples, the Diocese of Venice in Florida, GenShoah of SWFL, and the Holocaust Museum & The Janet G. and Harvey D. Cohen Education Center.

A link to the virtual Kristallnacht event will be available on Nov. 7 at jewishnaples.org.

About Jewish Federation of Greater Naples

The Jewish Federation of Greater Naples is the thread that runs through the fabric of the Jewish Community, its organizations and services, connecting us all. The Federation supports programs for Jewish people and the entire community in need in the greater Naples area, Israel and throughout the world, providing food for the hungry and counseling for the troubled, spearheading rescue and relief efforts for isolated Jews in distressed regions, and funding innovative Jewish educational and unity initiatives. The Federation creates a sense of community for thousands of Jewish residents in Greater Naples and its surrounding areas by creating and supporting programs to further Jewish learning, identity, pride and culture. Federation meets the challenge of providing for the needs of our Jewish brethren, wherever they may be, from young children and families to seniors. For information, visit jewishnaples.org, call 239-263-4205 or email info@jewishnaples.org.