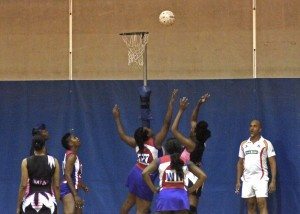 Lee County will host the USA Netball 2016 National Championship on the weekend of Saturday, July 30 and Sunday, July 31, at the Estero Community Park Recreation Center, 9200 Corkscrew Palms Blvd. in Estero. The Opening Ceremony will commence on Saturday with a uniform parade at 8:30 a.m., followed by a showcase of USA member clubs competing for a main prize, junior teams demonstrating their skill levels and an All-Comers competition. Admission for spectators is $5 for general entry each day. Children age 12 and under will be allowed free entry.

Men’s and women’s teams in senior, U-21 and U-16 categories are anticipated to compete in the championships, bringing athletes from around the country to compete in Lee County. This is the first time Lee County has hosted a Netball event and it is expected to attract more than 500 sports visitors to Lee County, resulting in approximately 400 hotel room nights, $3,000 in resort tax and approximately $225,000 in direct economic impact.

Netball is a fast paced team sport that involves running, jumping, throwing and catching. This sport is comparable to basketball with marginal differences to the rules, equipment and the number of players allowed to take the court at a given time, all of which elevate the level of excitement the game brings. A few of the rules include the absences of dunking, dribbling or running with the ball, and the ball must be passed within three seconds to avoid penalization. The ball and basket are slightly smaller than that of basketball and there are no backboards to aid in shooting. Players are restricted to assigned areas of the court and are penalized if the rule is violated. 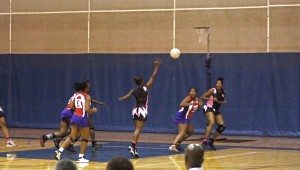 “Competitions like the USA Netball 2016 National Championships bring visitors from all around the world to Lee County, providing the opportunity to showcase all that our great community has to offer,” said Jeff Mielke, executive director of Lee County Sports Development. “Furthermore, while this event will present guests with the opportunity to learn more about our great community, it will provide a fun sporting event for residents to enjoy as well.”

The USA Netball Board of Directors and National Congress unanimously agreed to award the hosting of USA Netball 2016 National Championships to Lee County Sports Development of Southwest Florida after considering its bid to host this prestigious event. Lee County was selected with the goal of showcasing the sport of netball in an area that is not yet familiar with the sport and has the potential to become one of the leading locations in Florida for local, national and international teams to compete, shop and vacation. USA Netball hopes to bring the sport of netball to all schools and recreational centers in Fort Myers, making it the first county in America that has the sport at this level. 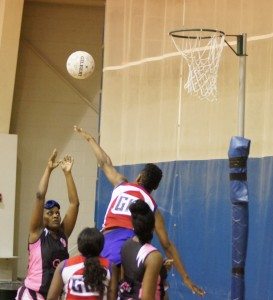 “We are elated that Lee County Sports Development has embraced USA Netball, the internationally recognized governing body for netball in the USA. We are pleased that Lee County Sports Development has joined in the movement to showcase the sport of netball in America. The Community of Fort Myers with its excellent national and international travel links makes it an ideal venue to bring top class national and international netball players to an area where Netball is beginning to take hold,” stated Natalie Moodie, USA Netball President.

Netball is the most widely played women’s team sport in the world and attracts rapidly growing television audiences in many countries. There are more than 20 million known participants globally and it is a core school sport in many countries around the world. Over the years, it has developed into a fast-moving strategic sport enjoyed at all skill levels and male teams are quickly expanding, bringing yet another dimension to the sport. Attendance and television audience records were exceeded at the recent 2015 Netball World Cup in Sydney, Australia.