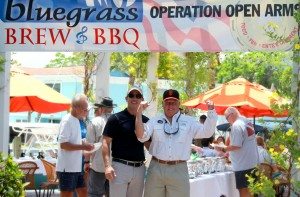 Matanzas on the Bay on Fort Myers Beach raised $7,000 during its third annual Bluegrass, Brew and BBQ event to benefit Operation Open Arms, a nonprofit organization dedicated to the care and treatment of Posttraumatic Stress Disorder (PTSD) in military personnel and veterans. The Memorial Day weekend event attracted more than 800 guests, and featured live music from the Bugtussle Ramblers and the Cooter Creek Bluegrass Band, craft beer from Fort Myers Brewing Company, face painting for children, a 50/50 raffle, a silent auction and a $15 barbecue buffet, which included ribs, smoked pork shanks, potato salad and corn on the cob.

“We had a terrific turnout for Operation Open Arms this year, and we are thankful to all who joined us in supporting this organization and making the third annual Bluegrass, Brew and BBQ event such a success,” said Glen Petrarca, general manager of Matanzas on the Bay. “The funds raised during the event will greatly benefit Operation Open Arms and we are honored to bring awareness to the community about a wonderful organization that continues to do so much to support our U.S. military and veterans.” 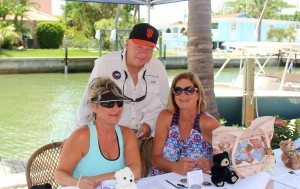 For the past 11 years, Operation Open Arms has opened every conceivable door to U.S. troops returning from combat or foreign duty stations around the world. A total of 3,404 U.S. troops have received free combat leave vacations and same-day PTSD care upon request. Captain John ‘Giddyup’ Bunch, founder of Operation Open Arms, says that the real heroes of Operation Open Arms consists of our troops and the 328 sponsor and volunteers who offer amazing free benefits, such as free hotel stays, meals at great restaurants, fishing charters, golf and the finest same-day PTSD Mental Health Care network in t 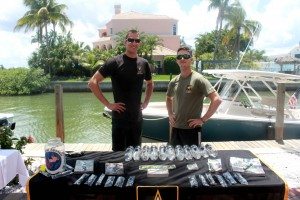 he U.S. Bunch, who previously served in the U.S. Marine Corps (USMC), presented his flight jacket to Petrarca during the Bluegrass, Brew and BBQ event to thank Petrarca and Matanzas on the Bay for their support.

For more information about the organization and its cause, visit www.OperationOpenArms.org.

Matanzas on the Bay and Petey’s Upper Deck are best known for waterfront views, fresh seafood and old Florida ambience and is located at 416 Crescent St. on Fort Myers Beach on Estero Bay. The restaurant serves lunch and dinner daily, as well as caters to special occasions and private parties. As part of its commitment to use as many locally sourced products as possible, Matanzas on the Bay offers fresh produce in partnership with 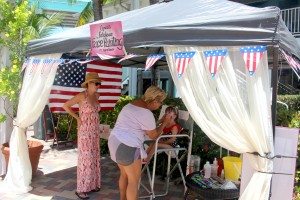