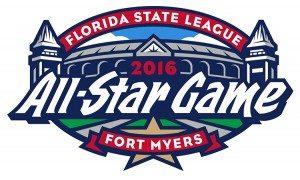 The 55th All-Star Game in league history will be played for a sixth time in Fort Myers since 1985 and will be put on by the Miracle for a fifth time. A three-day All-Star break will commence on Friday, June 17 and end on Sunday, June 19. The game will be played on Saturday, June 18 at 7:05 p.m.

“We are thrilled to show off this state-of-the art facility after the renovations and upgrades that have improved the fan experience the last two seasons,” said Miracle Chief Operating Officer Steve Gliner. “This event will be a great opportunity not just for local fans, but also for guests from around Florida and the United States to come and experience Fort Myers, Hammond Stadium and the beautiful Southwest Florida region.”

Hammond Stadium and the CenturyLink Sports Complex underwent a two-phase, $48.5 million dollar renovation that began during the fall of 2013 and was completed prior to Minnesota Twins Spring Training in the spring of 2015. Phase I included a brand new outfield boardwalk to provide 360-degree viewing, four different types of seating options, two full service bars and new concession stands in center field. 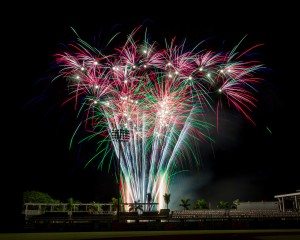 d the inner-bowl with all chair seating, open air concession stands with top of the line cooking equipment, new third level terrace views, the addition of the fourth floor SkyDeck, a brand new team merchandise store, the addition of a Grand Entry at the top of the steps, a new ticket office and wider concourses.

A Home Run Derby will precede the All-Star Game on Saturday, June 18 and a fireworks show will follow the final out. A special All-Star Weekend event will be scheduled for the evening on Friday, June 17.

The Miracle last hosted the All-Star Game in 2009. Then Twins prospect Chris Parmelee won the Home Run Derby and Ben Revere played i

n the game representing Fort Myers. Current Chicago Cub Starlin Castro picked up four hits and was named the MVP of the game. Giancarlo Stanton was also named to the 2009 South Division team.

The first FSL All-Star Game hosted in Fort Myers was held in 1985 at Terry Park by the Fort Myers Royals.

Tickets to the All-Star Game are available now by calling the Miracle offices 239-768-4210 or ordering online at www.miraclebaseball.com.