Southwest Florida captains behind the scenes of Martin Scorsese’s Silence

Southwest Florida captains behind the scenes of Martin Scorsese’s Silence 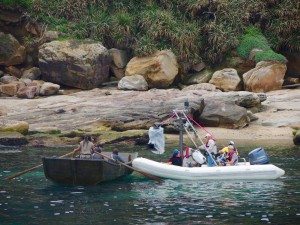 “Silence,” a recently released film by Academy Award-winning director Martin Scorsese features a collection of stunning maritime filmology thanks to local captains and marine consultants Lance H. Julian and Harry Julian, co-founders of Pure Florida and Marine Team International. Lance and Harry Julian were behind each water-related scene depicted throughout the film, a 14-month commitment from pre-production to filming a six-month shoot in Taiwan, with Lance Julian as the on-site marine coordinator for the film, and Harry Julian consulting from the U.S. 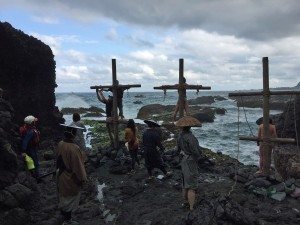 The Paramount Films’ “Silence” by Scorsese stars notable actors Andrew Garfield, Adam Driver and Liam Neeson, telling the story of two 17th Century Christian missionaries, Sebastian Rodrigues (Garfield) and Francisco Garrpe (Driver), as they face the ultimate test of faith when they travel to Japan in search of their missing mentor, Father Ferreira (Neeson), during a time when Christianity was outlawed and their presence forbidden. 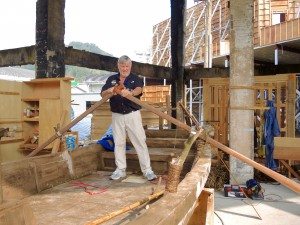 Known for their work in the “Titanic,” “Waterworld” and “Bond 007 – Quantum of Solace” and the television series “Survivor” and the HBO 10 part series, “The Pacific,” the Julians have 23 years of experience providing professional marine consulting, project management and production services for worldwide commercial marine projects and for water-related feature films, television programs, commercials, videos, documentaries. Drawn to the powerful subject matter and script, the Julians brought the Scorsese film’s water scenes to life, not only tracking the locations of the water scenes and staging the vessels, but also working closely with the film’s art crew to design and construct boats that authentically represented the depicted time period. Lance Julian was on-site throughout the filming process to strategize, supervise, and provide topographical, tidal and weather-related consultation to recreate and capture the true conditions of the surrounding waters. He worked closely with local government and crews, providing his expertise for a realistic approach to the location and budgeting, and remaining environmentally and culturally conscious of the filming location.

The film is the result of Scorsese’s 28-year journey to bring the 1966 acclaimed novel by Shusaku Endo to life. “Silence” made its debut on December 2016, and is currently in theaters nationwide.

To learn more about the Julians’ history within the filming industry, visit www.MarineTeam.net.

In 2009, father-and-son duo Captains Lance H. and Harry Julian acquired the Naples-based Double Sunshine and Lady Brett fishing vessel, and have grown the company to include 19 vessels and two locations providing a variety of unique eco-excursions for its visitors that incorporate maritime history, tourism, sightseeing and entertainment. With locations in Naples and Fort Myers, the water attraction company offers sunset and specialty cruises as well as boat and Jet Ski rentals, fishing charters, group events and educational field trips for schools and students. In addition to Pure Florida, the founders are also partners in Marine Team International and Pure Image Productions, providing professional marine consulting, television and video production and photography services. With a long history in maritime productions, Lance and Harry Julian have helped to create some of the most memorable water scenes in film production, with credits including “Titanic” and “Waterworld,” and television credits such as the reality show, “Survivor.” As the fourth and fifth generation working within the maritime industry, Lance and Harry Julian enjoy sharing their passion and expertise with fellow adventurers in the Southwest Florida area. For more information, visit www.PureFL.com or call its Naples location at 239-263-4949 or its Fort Myers location at 239-919-2965.