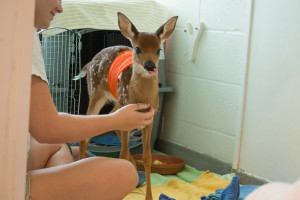 The Conservancy of Southwest Florida’s von Arx Wildlife Hospital will be open daily from 8 a.m. to 8 p.m. during temporary closure of the Conservancy’s Nature Center Sept. 4 to 27. The center will be closed for maintenance work on buildings and grounds.

Over 4,000 injured, sick, and orphaned native animals are admitted to the von Arx Wildlife Hospital each year. Most of those injuries stem from interactions that involve humans — including car strikes, domestic pet attacks, window collisions, fishing line and hook injuries, gunshots, and toxicosis.