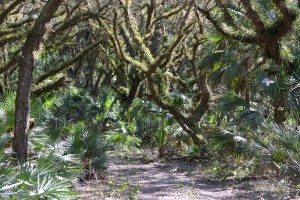 Video has helped to reach thousands of viewers

The Yes on Conservation 20/20 Campaign in partnership with Pelican Media has received a $1,000 micro-grant from the Charlotte Harbor National Estuary Program (CHNEP) to supplement the production of a campaign video to assist in educating and advocating for the passage of the Conservation 20/20 non-binding County referendum on the Nov. 8 ballot.  The English and Spanish versions of the video can be viewed at the following website: http://www.yesonconservation2020.org/ or on Facebook at www.facebook.com/YesOnConservation2020.  The combined Facebook “shares” and YouTube “views” have resulted in an estimated count of 4,500 to date.  The campaign certainly hopes that there will be many more video shares and views as the Election Day nears.

About the Yes on Conservation 20/20 Program and Campaign: Conservation 20/20 is Lee County’s willing-seller conservation lands acquisition and management program. In the early 1990s, Lee County had one of the lowest percentages of conservation lands of Florida’s Gulf Counties. The 20/20 program was conceived by a broad-based citizens’ group of residents, realtors, planners, and business owners to ensure that critical habitats, wetlands and wildlife corridors were protected to preserve economic property values, quality of life and natural resources. In 1996, a non-binding referendum was passed by the majority of Lee County voters to fund a conservation lands program through ad valorem property taxes. Because the majority of the county voted in favor, the tax was continued on an annual basis per the direction of the Board of County Commissioners (BOCC).

The Referendum:   In early 2016, the Board of County Commissioners voted to place the Conservation 20/20 program on the ballot again in another non-binding referendum. Voting “Yes” for 20/20 on Nov. 8, 2016 is the citizens’ opportunity to help safeguard Lee County’s long-term economic and environmental sustainability and quality of life through continuing to protect the County’s exceptional natural resources.

The Campaign: Registered with the Office of Elections, Yes on Conservation 20/20 is a grassroots political committee of local citizens and organizations that formed to support the passage of the Lee County Conservation 20/20 referendum on Nov. 8, 2016.

For more information on the Charlotte Harbor National Estuary Program, go to http://www.chnep.org/.

For more information on Pelican Media, go to  https://pelicanmedia.tv/.